The Czech Republic, Hungary, Poland and Slovakia, also known as the Visegrad Group countries, have long shared common ground in history, culture, religion, and economics. Over the course of the centuries this shared past has been marked by a striving for unity as well as frequent frictions, peaceful times and military conflicts.
The last decade of the 20th century provided venue for a new kind of cooperation, allowing these nations to catch up with economically more developed European countries. This decade also offered the unprecedented opportunity for cooperation at every level. The partnership that has developed among these nations is the backbone of the region's economic competitiveness in the long term. It is within the framework of such partnership that we may face up to problems yet to be resolved, like environmental pollution, diminishing energy supplies, the development of educational and research institutions, the effects of climate change on our region, and our transformation into a migration hub—to name only a few of the challenges we have yet to meet.
In an effort to seize this formidable opportunity, the Visegrad Group, CEFTA and the International Visegrad Fund were formed to facilitate the political, economic and civil cooperation of the four countries. Their membership in NATO and the EU, the general increase in the exchange of goods and business relations, as well as the more than 2,000 projects that have been carried out by these countries' civil organizations are only a few of the many achievements of the Visegrad region.
As a result, over the course of the past two decades, the Visegrad Group has become a trademark of success. However, little is widely known of the meeting of the three kings in 1335, which marked the closure of a lengthy and complex process of diplomatic efforts—an event that Visegrad cooperation commemorates with its very name. As the first cooperative venture of medievalists working in the Visegrad countries, this book fills a void in historical scholarship in that it contains documents related to the royal meeting of 1335 in the original Latin, translated into the languages of the respective countries, as well as into English. We trust that research projects already in progress will provide a platform for further scholarly cooperation. The introductory study which discusses the meeting at a high academic level, yet in a manner accessible for a wide audience, offers insight into a distant, intriguing historical period that emblematizes the importance and success of cooperation. Today, clearly, within the framework of the EU, Visegrad cooperation is not designed to be against any other country. On the contrary, the improvement of relations with neighbouring countries and regions is a top priority. In this spirit, the Visegrad countries support a number of projects and offer scholarship programs for countries of the Eastern Dimension of the European Neighbourhood Policy as well as for the western Balkans.
We are hopeful that the multi-level relations among people living in the Visegrad countries will lead to the realization of our shared values which, with the strengthening of trust in one another, could pave the way towards cooperation at an even higher level, a cooperation that entails responsibility towards one another. The realization of these objectives will make our region more humane and livable.
I would like to thank all those who have contributed to the publication of this book.
June 2009
Kristóf Forrai
International Visegrad Fund's Executive Director (2006–2009) 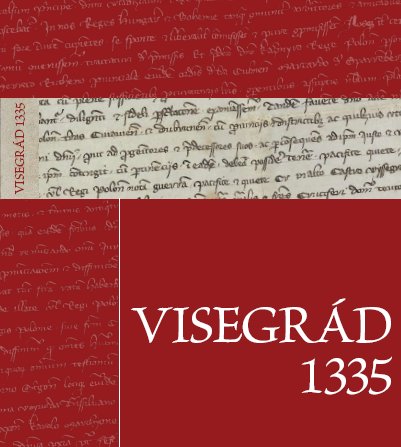