Free Church in Free Country?
The guests of the first discussion from the series of events of the Visegrad lounge are František Mikloško, member of the National Council of the Slovak Rebublic (Slovak Republic), Tomasz Dostatni, cleric, expert author (Poland), Miroslav Kollár, employee of the Institute for Public Issues (IVO), expert on clerical policy (Slovak Republic), Péter Buda, expert on clerical policy, former adviser to the Prime Minister (Hungarian Republic), Tamás Barabás, Chief of the Religion, Information and Education Centre (Hungarian Republic).
First of all let us analyze the relationship of state and church in the Visegrad countries right after the transition.
Péter Buda:
The Act on churches, freedom of religion and freedom of conscience was already accepted in 1990 during the transition, but that time Hungary was still ruled by one party i.e., the communists. The law reflected constitutional principles, which talk about the separation of state and church. Hence the Hungarian system is based on separation of state and church or equality of religions. 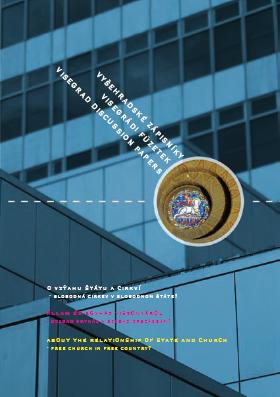