Priorities of the Polish V4 Presidency


Strong Voice of the V4 in the EU, Synergies Through Extended Dialog, Security and Stability in the Region, V4 Identity and Visibility, and Cohesion and Connectivity


The fifth Polish Presidency of the Visegrad Group (V4) begins in a particular moment. Over the last 25 years, the V4 countries developed a close cooperation based on common values and interests. The V4 has become a well-known brand ‒ a symbol of a successful initiative for pursuing joint interests and a central element of cooperation in Central Europe.

The year 2016, in which we celebrate the 25th anniversary of the founding of the Visegrad Group, provides an excellent opportunity to summarize and analyse to-date achievements. At the same time, the anniversary invites an in-depth reflection on further directions of the Group’s development and its role in Europe. The 2016 NATO Summit hosted by Poland in July this year may be as well a suitable occasion for enhancing dialogue on security issues within the Group and uniting its voice at Alliance level both during the Summit and while preparing and implementing its main decisions afterwards. 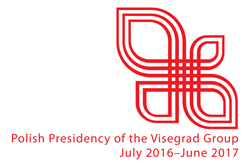 The reflection is more urgent than ever. Europe faces difficult challenges and problems. Migration crisis and related challenges for the future of the Schengen area, instability and conflicts in our Eastern and Southern neighborhood, the questions around the United Kingdom’s EU membership, economic slowdown and macroeconomic disparities undermining EU’s competitiveness or deficiencies in the development of transport, digital and energy infrastructure are regarded as the most important challenges. There is also a risk of a resurging political and economic fragmentation of our continent that could disrupt the European integration project.

Together will all Central European partners, V4 countries must strive for tackling these challenges. V4 countries play a particular role both in solving specific problems, and in contributing constructively to a further development of the integration process. Therefore, it is necessary to step up cooperation in order to achieve joint objectives. The Visegrad Group can effectively represent sensitivities of EU Member States from Central Europe as actively involved in the debate on the shape of the European integration. We have proved many times that the V4 countries are reliable partners when it comes to tackling common challenges. We are ready to continue close cooperation with EU partners in the same spirit with a view to enhancing the ability of the EU to reach compromise and boosting its inner cohesion. It is our shared goal to help the EU overcome the challenges of the day and ultimately make Europe stronger.

The nature and broad scope of current challenges, which exceed the EU area, enables the Visegrad cooperation to effectively inspire cooperation among countries from the region of Central and Eastern Europe, covering the area between the Baltic, Adriatic and Black Seas. The Visegrad Group should play an active role in pursuing a broader agreement in order to solve concrete problems. We should use institutional synergies (cooperation between different levels/formats of cooperation in Europe), as well as functional synergies (establishing a coalition of countries in order to resolve specific matters) to a larger extent.

The instruments and mechanisms of cooperation with other EU member states and non-European counterparts, which have been developed so far, proved a particular value of the Visegrad Group and its capacity to make a difference. A challenge for the V4 is also to consolidate the Group’s identity and strengthen its external visibility. To achieve this goal the Polish Presidency will analyse available instruments, such as the International Visegrad Fund, and propose (in cooperation with its V4 counterparts) their more effective use. Existing instruments and mechanisms of the V4 cooperation should contribute to a larger extent to strengthening cohesion within the Visegrad Group. They should unite us around a common historical heritage and common European values.

The priorities proposed by the Polish Presidency are formulated on the basis of experience and best practices of the preceding Presidencies. At the same time, they envisage the necessity to cooperate closely on new challenges and threats, countries in our region are facing.